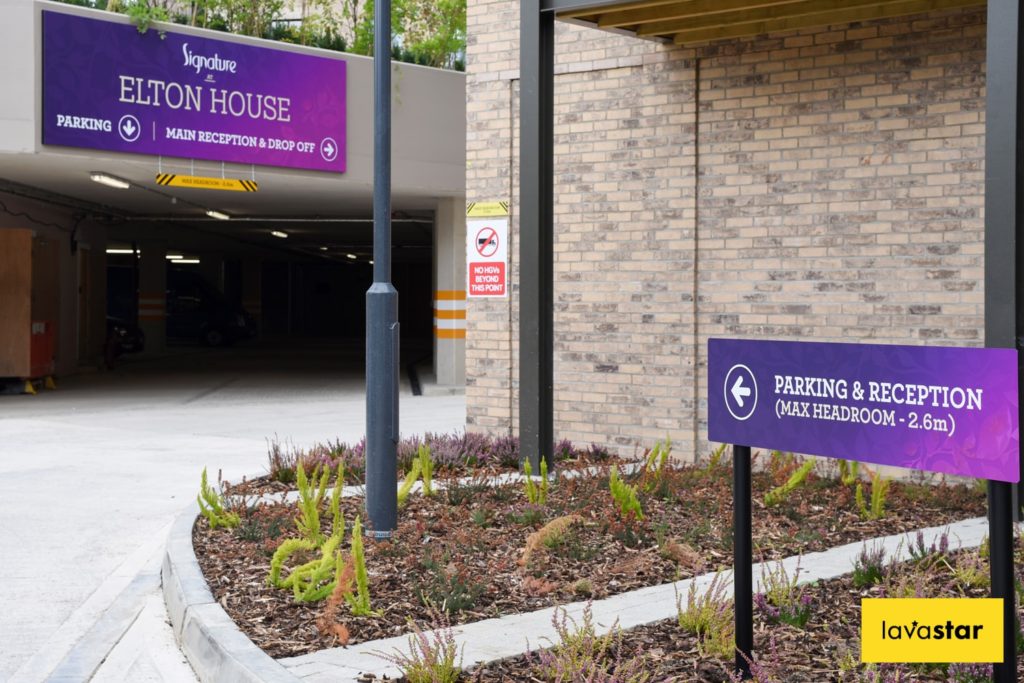 Wayfinding signage is an integral yet unsung part of everyday life. Their pervasiveness has made using signs to get around second nature. How many times have you headed down certain supermarket aisles or towards information kiosks without thinking? This is all down to effective wayfinding signs. Good wayfinding does the thinking so you don’t have to, providing cues to guide visitors in a certain direction.

Whether you’re embarking on a navigational project for commercial or retail purposes, the five core wayfinding principles remain the same. Adhering to these principles maximises their effectiveness, simultaneously heightening the user experience. Wayfinding can also increase revenue by better informing visitors of which products and services are available and where to find them.

Lavastar consider the principles of wayfinding when creating bespoke signage designs for our clients. This guide will give an overview of the 5 core wayfinding principles and explain why they are important. We’ll also provide an insight into how these principles manifest in the design process.

Create An Identity At Each Location

This principle makes every destination of wayfinding instantly recognisable, creating associations which the user connects with their surroundings. Simply put, if all sections of a larger space merge into one then it’s incredibly difficult to create structured navigation. Ensuring that your visitor is aware of their position and attaches familiarity and meaning to a certain location is a core wayfinding principle.

At Lavastar, we create graphic navigational signage which is designed to turn each area into a noticeable landmark, thus making it easier to direct users around. Achieving this can be done in subtle ways. No need for outlandish flashing lights and overcomplicated designs to make each area distinct. Colour schemes, tasteful graphics, certain textures and finishes are all effective ways of adhering to this principle of wayfinding.

Use Landmarks For Orientation Cues

As mentioned, landmarks are an incredibly useful navigational tool. Landmarks are often the most visible parts of the property and can therefore act as designated waypoints around your space. Wayfinding is all about triggering orientation choices with clear visual cues. Landmarks draw instant recognition, making the directional decision associate with it that much more memorable. When designing a navigational signage system, it’s important to consider the most recognisable and memorable parts of the area.

Should there be a series of landmarks, these can be linked through signage. Creating a wayfinding relationship between these points is particularly useful as it naturally focuses the users’ path and defines and informational space. Too many landmarks can be overkill, of course, so these orientation cues are used sparingly. We can also provide taller signs, such as monoliths and totem signage, to form highly visible reference points which can be spotted from a distance. 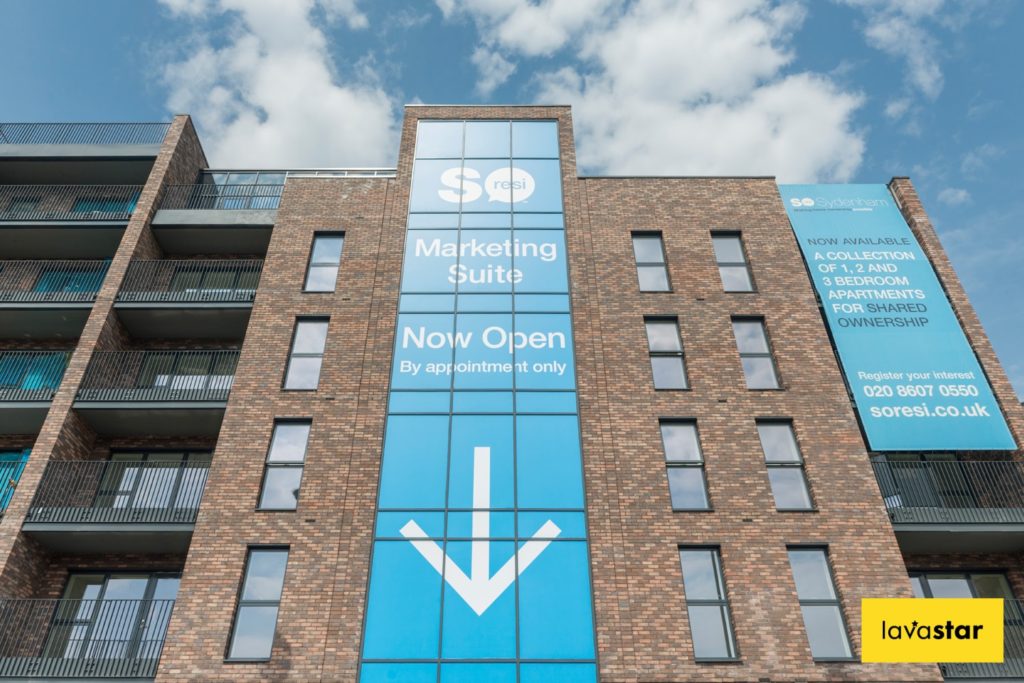 An important wayfinding principle is getting the user for A to B in a structured manner. But what makes a well-structured wayfinding path? Each navigational path must have a beginning, middle, and end which is clearly communicated to the user. This should be communicated in a way which guides navigators between points easily without getting lost. Creating directional paths with clearly defined characteristics improves the efficiency of your wayfinding system.

Large areas, such as hospital wards or university campuses with multiple buildings, benefit from well-structed paths. With markers strategically placed throughout the route, location awareness is heightened, letting the navigator know that they’re in the right place and heading in the right direction.

Particularly important for navigating in large areas, this wayfinding principle maps out the space into smaller segments sections. This makes the area far easier to map out. The wayfinding trick is to apply clearly defined attributes to each section, giving them their own code and identity. Colour coding is the most popular method of giving each section a unique character, commonly seeing in areas such as airports, with clear indications of where terminals, check in, security etc are. Regions can be as small or as large as is necessary, so long as each is set apart from the rest.

Splitting up the key areas of your facility makes moving between spaces easier. Regions also give cues for recovering your location by creating associations between features such as colour and graphics with specific areas. By assigning character, the location of each segment is boldly defined to the navigator as they stray into them. When designing wayfinding signage for large spaces, Lavastar look for the simplest way to divide the regions up to make navigating easier, whether this be through different colours or fonts. 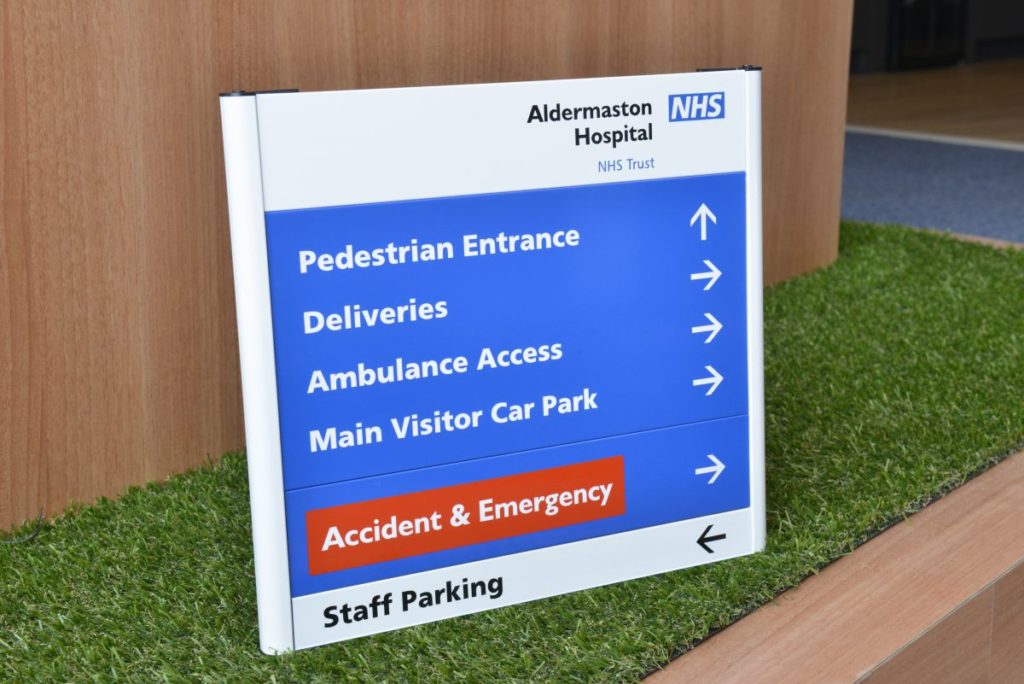 Don’t Overload With Too Many Navigational Choices

This principle is all about cohesion and limiting the user’s choice. This is achieved by only offering up the most relevant information. You should define one route, or two at a push, which can be listed on signage, regardless of whether there are multiple ways to get between points or not. This prevents confusion and creates a clean, efficient navigational process.

This is of particular importance to spaces such as museums who may want their visitors to head to exhibits in a specific order. Taking the option of detours out of the equation keeps the navigators on your desired path, providing them with the intended experience of your space. It also allows for greater orientation and familiarity of their surroundings.

Similarly, it’s important to keep the displayed information as short and sharp as possible. If a wayfinding sign needs reams of text to get the point across then it’s ineffective. Get straight to the point and simply point the user in the right direction. Simplicity is everything in wayfinding.

Here at Lavastar, we create bespoke wayfinding signage which align with all core principles. To get the ball rolling on a navigational signage system for your property or project, get in touch with our wayfinding experts today. Give us a call on 020 3281 7395 or fire an e-mail over to info@lavastar.co.uk.

Speak to an expert

Why You Should Choose Printed Hoardings For Your Project